Is Verlander the new Ryan Express?

Every time I catch a glimpse of Detroit’s Justin Verlander pitching, I can’t help being reminded of Nolan Ryan.   What a treat it is to watch him throw a baseball and whiff a batter just about every inning!   But it’s a combination of things that make me think of the Ryan Express.    At 6’5″, 225 lbs, he’s got about the same build as Ryan.   He’s got a smooth, yet powerful and technically sound leg-driven delivery … just like Ryan.   A GREAT, lively fastball often delivered at 100 mph and maybe most importantly, a knee-buckling Uncle Charlie curveball with a sharp 12-to-6 downward break … both say “Nolan Ryan” to me.    Then you go to Verlander’s demeanor … confident bordering on cocky, but completely under control.   Now, mind you, I’m talking about comparisons to the mid-late career Ryan who had command of his pitches and limited his walks.   But the resemblance is simply uncanny. 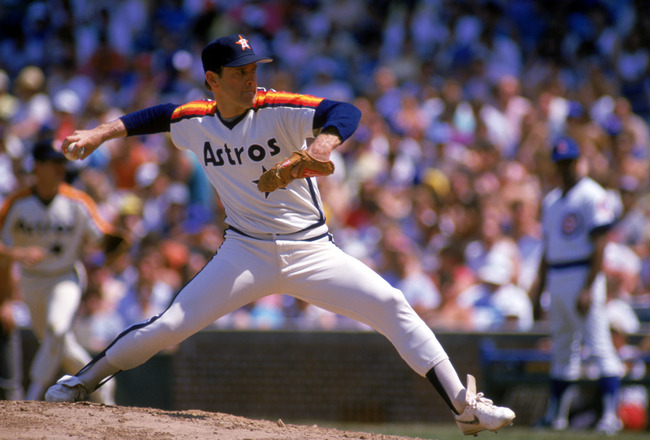 Anyway, there’s a lot of great pitchers out there these days … Halladay, Lee, Lincecum, Beckett, Hernandez, Jurrjens … but I gotta rank Verlander as King of the Hill right now.   Nobody else has the power, the command, the ability to get to the 7th inning without yielding a hit as consistently as this guy.   It’s like watching Nolan Ryan in his prime … and I’d definitely pay to see that!

Is Verlander the new Ryan Express? added by Wally on June 28, 2011
View all posts by Wally →

31 Responses to "Is Verlander the new Ryan Express?"