All-American Jimmer Fredette recovered from a sluggish first half scoring 28 of his game-high 34 points after the break to lead the 16th-ranked BYU Cougars over the University of Buffalo Bulls 90-82 in non-conference action Thursday night.

Florida-Xavier: Tale of the Tape

The Cintas Center on the campus of Xavier University is the scene when Billy Donovan brings his Florida Gators (9-3) to Cincinnati for a non-conference battle with Chris Mack and his Xavier Musketeers (8-3). 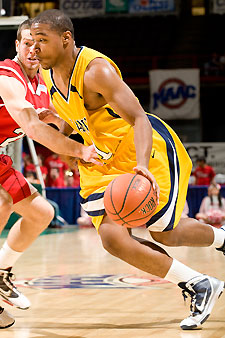 When it was all done, Hymes set a new school record with nine 3s leading to a career-high 28 points as the Canisius Golden Griffins exorcised the Northwestern State Demons 85-52 in non-conference action Wednesday night.

But it was a teammate of Rivers that gave me reason to pause the other day. Freshman, Will Sheehey stepped to the line, and I looked at his name and at his face and wondered. No sooner did the thought enter my mind then Steve Lappas confirmed that Will Sheehey is related to…

Slow week in college hoops and no changes made in the top ten. Shuffling occurred from there. 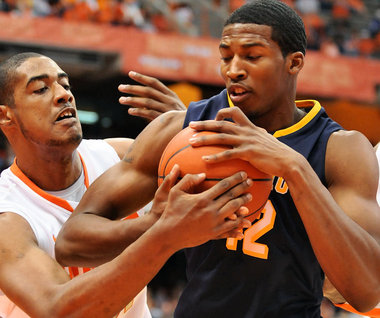 Tomas Vazques-Simmons and Alshwan Hymes led a second half comeback as the Canisius Golden Griffins defated the Lamar Cardinals in a non-conference match-up 78-72.

Xavier-Gonzaga: Tale of the Tape

Xavier’s having to travel cross-country would usually cause problems, but classes are not in session. The Muskies should be able to adjust to the different time zone. With that, Xavier’s defense will…

What will happen first? A balanced budget? Or an undefeated men’s basketball team in NCAA division one competition? While you chew on that one let’s survey the carnage of those that recently dropped from the ranks of the unbeaten.

1. Duke – Should we start making predictions as to the Blue Devils first loss?

2. Kansas – The Jayhawks looked anything but invincible in their two-point win over USC.

Wake Forest-Xavier: Tale of the Tape

Both teams enter play with a rebound margin of just +1. Xavier has established that stat against a tougher schedule. Wake has been hitting from the field at a rate of 46 percent. Xavier will trim that number with a stiff defensive performance.