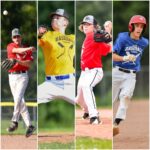 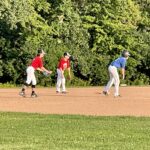 DII BLUE (5-2) 4 DII RED (2-5) 7 Jacob Murray (Penfield) hurled three shutout innings in relief to pick up the win, and DII Red used a big fourth to come from behind. Murray struck out six while allowing two hits and one walk for his first win of the season. The right-hander nine of the 12 batters he faced. Tim Leary (Northstar Christian) plated a pair to highlight a four-run … END_OF_DOCUMENT_TOKEN_TO_BE_REPLACED 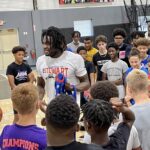 By PAUL GOTHAM ROCHESTER, N.Y. -- Isaiah Stewart played 22 games in 2020-21 before connecting from behind the 3-point arc. Don't expect the Detroit Pistons center to be as shy from long range this upcoming season. The 6-foot-8 center finished the season 21-of-63 from long range. Encouraging success as he prepares for his second year in the NBA. "I'm working on being able to … END_OF_DOCUMENT_TOKEN_TO_BE_REPLACED 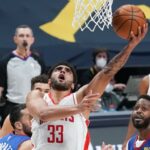 By PAUL GOTHAM On April 24th, Anthony Lamb came off the bench to play what was then an NBA career-high 31 minutes. The former Greece Athena and University of Vermont star scored 21 points on 8-of-14 shooting. He connected four times in nine attempts from long range as the Houston Rockets lost to Denver, 129-116. In seven previous appearances for the Rockets, the 6-foot-6 … END_OF_DOCUMENT_TOKEN_TO_BE_REPLACED 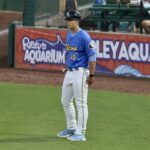 By PAUL GOTHAM Ben Martin figured he had one more season remaining to the playing side of his baseball career before making the transition to coaching. An injury suffered during the summer leading up to his senior year changed that. But it was not for the worse. One year after taking the field in his last game with St. John Fisher College, Martin has made the move to the … END_OF_DOCUMENT_TOKEN_TO_BE_REPLACED