SAWX (2-4-1) 8
AMAZINS (4-2-1) 6
Tyler Gordner and Noah Gressell led a come from behind victory thanks to a four-run seventh to give the Sawx their second victory of the campaign. Trailing 8-6, Gordner tripled with no outs and the bases loaded to plate Gabriel Rivera and Anthony Getty. Gressell connected for a sacrifice fly the next at-bat to bring home Gordner to take the lead.

Tyler Gordner ties the score with a two-run triple and then comes home on this Noah Gressell sacrifice fly. pic.twitter.com/mEs2q73tJv

Hudson Lazenby followed with a double to center field and scored when Jack Edelstein reached on a fielder’s choice. Dylan Dumont retired the final four batters in order through the sixth and seventh frames with three strikeouts to seal the victory.

Rivera started and struck out three batters through three innings of three-hit ball. The right-hander retired four of the final five batters he faced, allowing zero earned runs on two hits. Edelstein went 1-for-3 with two RBI, scoring in a three-run first after leading off with a single. Getty and Dumont took advantage of an error to score in the frame. Edelstein added an RBI-groundout in the second to plate Gressell to make it 4-1.

Stretch and scoop John Salamone on the throw from Dylan Dumont. pic.twitter.com/m4qNTIASia

For the Amazins, Jacob Sova went 2-for-3 with three RBI and a run scored. The Greece Athena Trojan hit a go-ahead double with two outs in the bottom of the sixth to drive home Owen Cuba and Benjamin Dulmage, and followed up three singles in the fourth with a double to score Chase Sackett.

Jacob Sova connects on a two-out, two-run single to give the Amazins their first lead of the game at 5-4. pic.twitter.com/fyKAVC2GYU

On the mound, the right-hander scattered one hit and retired eight of 11 batters in three innings of relief. Jacob Murray doubled in the sixth to bring home Sova to complete the three-run frame. Paul Stevens started the team with a triple in the first and advanced home on a passed ball. Chase Sackett had a hit and scored in the second. The two teams will meet on Sunday for the final time in the regular season.

AMAZINS 5
SAWX 4
In the resumption of a suspended game from Monday, Chase Sackett registered the save with an inning and two-thirds of scoreless work on the mound as the Amazins erased an early deficit to win for the fourth time in five games. Sackett entered with bases loaded, one out and the Amazins clinging to a one-run lead. The left-hander retired the first two batters he faced to escape the jam. Jacob Murray struck out six and allowed one run on three hits over three-and-a-third innings to pick up the win. Murray finished 2-for-2 at the plate and delivered an RBI single in a three-run fifth when the Amazins scored three to take a 5-3 lead.

Back-to-back two-out singles from Ben Dulmage and Jacob Murray and the Amazins have a 5-3 lead in the fifth. pic.twitter.com/WUI8fBD0Jk

Ethan Light leads the fifth with a triple to straight center and scores on this Ryan Ciccone single through the left side. Sawx cut the deficit to one. Amazins 5-4. pic.twitter.com/IX0ye1C93q

Teammate Ryan Ciccone singled, walked and drove in a run. Charles Underhill and Gabriel Rivera both walked and scored a run. Hudson Lazenby walked and had an RBI. John Salamone collected a hit. 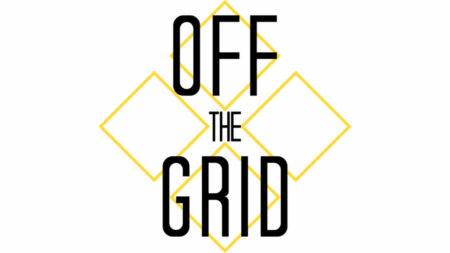