One team, the McQuaid Knights, had been eyeing this date since the first pitch of the season.

McQuaid has made a habit of playing for the Section V baseball title in recent years.

The other team, the Victor Blue Devils, wasn’t thinking championship back in April. Once the section’s perennial top-class power, the slow-starting Blue Devils were just hoping to get back to .500 and then see what they could create.

It turns out they were just one run shy of Section V glory, with McQuaid senior left-hander Will Taylor just too much to overcome.

Taylor pitched a three-hitter and allowed just one run – a home run by Max Friedlander leading off the seventh – as the Knights edged Victor 2-1 on Tuesday night at Frontier Field for the Class AA title.

“All year this is what we’ve been working for,” Taylor said. “We wrote it down on the white board in our locker room before the first game of the year.”

Of course, why wouldn’t that have been the all-or-nothing goal? The Knights (16-5) returned a talented core of experienced players, led by two NCAA Division I-bound pitchers, Taylor (Wofford College) and Daniel McAliney (Binghamton University).

“We think we’ve established an expectation of a sectional championship,” McQuaid coach Tony Fuller said. “It’s easier said than done but I’m proud of them; they took the reins and got it done.”

What Fuller couldn’t put on that white board back in April, however, was what the pressure would feel like as the final out drew near.

Taylor said he was able to block out the chants and cheers from fans all night … “until there were two outs and two strikes,” he said. “Then it got loud, I heard everyone and I got goosebumps.”

And then he ramped up the velocity for one final strike, ending the game and triggering the McQuaid celebration.

“This means a ton to me, Aiden (Stewart), Tanner (Degrazia) and CJ (Phelps),” Taylor said. “We saw what it took four years ago (as freshmen) and we’ve been waiting four years for this. The whole team deserves this.”

With the victory, McQuaid advances to the regionals to play Section VI champion Orchard Park at 11 a.m. Saturday at Monroe Community College.

The Knights scored their runs early – in the first inning on a balk and in the second on a ground out – and then relied on Taylor’s dominant pitching. The left-hander struck out 11 and walked two.

“I was very impressed with him,” said Victor coach Sean Rucker, whose team finished 15-9. “He kept the ball down and he located his fastball and his curve.”

His own pitcher, Friedlander, was also impressive. He scattered eight hits and struck out four, denying McQuaid big innings early while getting help from his defense when necessary.

Centerfield Andrew Haugh tracked down Degrazia’s drive for the final out in the first, and a perfect throw from the warning track in right field by Ben Swackhamer to second baseman Matt Brady and subsequent relay to third baseman Carter Fink nailed Stewart at third base in the fifth.

“Max has had some really good outings for us,” Rucker said. “He was ready for the moment.”

McQuaid used two-out singles by Luca Ciaramitaro and Taylor, then a balk by Friedlander, to score the game’s first run in the first inning.

Singles by McAliney and Zach Allen and an infield ground out by Dom Romano to score another run in the second for a 2-0 lead.

Will Taylor leaves the tying run on second with back-to-back strike outs. ⁦@McQuaidBaseball⁩ 2022 AA Champs with a 2-1 win over Victor. pic.twitter.com/sOHc4t1Ism

That would be all the Knights would score, however. After piling up 62 runs over the previous seven games, this victory was about pitching and defense and a pair of manufactured runs.

“You gotta do what you gotta do to get them across the plate,” Romano said.

Romano was celebrating his second sectional title of the school year. He also played for McQuaid’s football team.

“The feeling at the end of the game was electric, it brought me back to the football season when we won,” he said.

Taylor cruised along for most of the game. He escaped a two-out, two-on threat in the third inning by retiring Fink on a long fly to left field. That started a string of 10 straight batters retired.

But Friedlander hit the first pitch of the seventh inning down the line and over the wall in the left field corner and suddenly it was 2-1.

“I had to make it entertaining,” Taylor said with a smile. “They have some of the best hitters we’ve faced all year.”

Said Fuller: “Max pitched his tail off and hit a big-time home run for them. I’m really proud of Max for the way he competed.”

The Blue Devils weren’t done, however. Zach Prior reached on a one-out single and moved to second on an error. But the threat ended with the potential tying run on second as Taylor recorded the final two outs with strikeouts.

Considering Victor had a 4-7 record through 11 games, playing in the title game made quite a statement.

“We didn’t have our sights set on being the best team right away,” Rucker said. “Our goal was to get better and get to .500 so we could have a chance to be the best.” 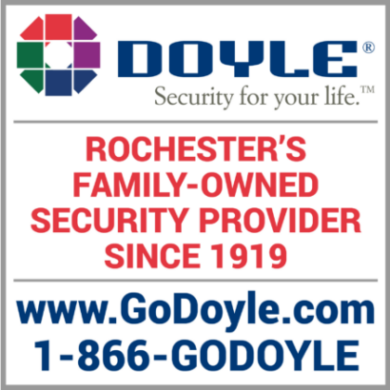