WAYNE, N.Y. — It seemed like whenever Palmyra-Macedon needed a big shot, senior guard Paul Goodness was the man for the job. With Wayne being up one point with less than a minute to play, he delivered.

“The pick-and-roll was working the two possessions before that, Devin (Forrest) went under the screen, so I felt like I had a good look and shot it, and it went in.”

That shot, a late three-pointer to put Pal-Mac ahead 59-57, would be the go-ahead basket for the Red Raiders. They went on to win 60-57, and Goodness finished with 23 points on five made three-pointers to help extend Pal-Mac’s winning streak to three games.

“I had to read the defense, see what they’re doing. If he’s hedging on the screen, I’m gonna look for the roller or to go back, while as if he goes under the screen I’m looking to shoot.”

Pal-Mac coach Trevor Sanders knew that Goodness would be able to handle himself in clutch situations like these.

“He keeps calm, cool, and collected, and no moment is too big for him. I love that kid, I love all these kids, but Paul really stepped up late.”

While Sanders was able to know he could trust Paul Goodness, he had to make sure the rest of his team would play big in the final moments. He called two timeouts late in the fourth and knew what the best move was to ready his kids.

“I think it’s just helping our kids keeping their composure. We called the timeout when we were down one, after Wayne hit a big layup. We just talked it over and settled these kids down a little bit, and they did. They responded.”

Pal-Mac jumped out of the gates red hot, grabbing leads of 8-1 and 29-11. They hit five 3-pointers in the opening frame, and wound up finishing with 13 in total. Paul and Ian Goodness, Paul’s younger brother, combined for 8 of those 12, and Ian ended up with 19 points. Pal-Mac would bring a 35-22 lead into halftime.

Ian Goodness connects from distance. ⁦@palmacsports⁩ has 9 3s on the night and leads 38-22 early in the third quarter. pic.twitter.com/1pfgrjVWYe

But just as it seemed Pal-Mac would pull away, Wayne erupted.

“We go into halftime with a 13-point lead,” Sanders described, “and they (Wayne) come back out and start stroking.”

Second-chance effort from Devon Forrest, and ⁦@waynebb2019⁩ has its first lead of the game at 55-54. pic.twitter.com/zUqu12sF89

Just as Pal-Mac did in the first quarter, Wayne came out of the halftime break motivated. Senior guard Devon Forrest scored 11 points in the quarter, as Wayne would use a 9-0 run late in the frame to make it 45-43 with a few seconds to go in the third. It was then that Paul Goodness calmly brought the ball up the court, ran the clock down, and knocked down a three-pointer off a screen as time expired to bring the score 48-43 heading into the fourth.

“It was a little scary at first,” noted Goodness. “Having such a big lead and then them coming back, but we had confidence that we were gonna pull away with this one. We just had to tighten up on defense, force a couple stops, and then hit our shots.”

Pal-Mac would go on to do so. The lead ballooned to nine points with less than six minutes to play, before Wayne rattled off a 9-2 run to seize their first lead of the game with two and a half minutes to go. Paul Goodness went on to score the final five points for the Red Raiders to help steer off the persistent comeback. A clutch steal off an inbounds pass with less than 20 seconds left by Pal-Mac forward Alex Wootton forced Wayne to foul, which essentially stamped the win.

“That’s a tough team. I have the upmost respect for that team,” Sanders noted of Wayne. “They’re a well run, well oiled machine. They’re fun to play against, and my heart rate was through the roof, great team.”

Wayne was playing without starter Mason Blankenberg, who was injured. Despite this, Devon Forrest used 16 second-half points to finish his night with 25. Shamus Fanning had seven points in the fourth quarter that helped him tally a 10 point night. PJ Ostrowski hit five free throws on his way to nine points. Nate Coleman scored eight. Cameron Blankenberg had three points, while Alec Gilbert had two. Wayne finished with 10 total three-pointers.

Cameron Blankenberg from the corner. pic.twitter.com/udS9T6A1vE

Coach Sanders knew the impact that Mason Blankenberg would have made on the game, and made sure his team knew to not overlook the other players.

“We talked it over in the locker room. We said it doesn’t matter because this team is going to bring it regardless, and they did.”

This was Pal-Mac’s second win over Wayne on the year, previously winning a 54-50 battle that took place at Pal-Mac. These were Goodness’s first wins against Wayne in his high school career, and he was excited about it.

“I had never beaten them, so getting two against them this year was awesome.”

“He’s not only a good player, but he’s coachable, hardworking,” Sanders reflected of Goodness. “He’s everything a coach wants. He makes it easy.”

Palmyra-Macedon (5-5) goes on the road to Geneva on January 14th for the next contest on their schedule. 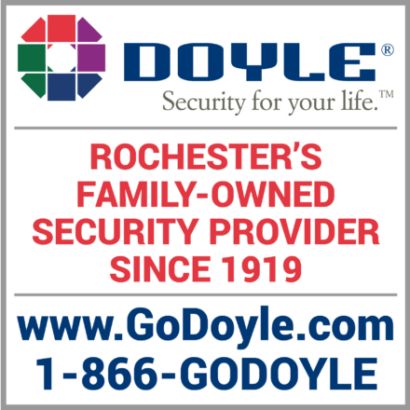