India Jordan led the league in scoring. Shariona Blocker did a little bit of everything. The two shared RCAC Player of the Year honors as announced by league coaches last week.

Jordan, a senior from the School of the Arts, averaged 24.5 points and ranked third in Section V scoring. The 5-foot-6-inch guard also collected 6.2 rebounds and 3.6 assists per game. She finished her career with 1,464 points.

Ny Lewis (School of the Arts) received Coach of the Year honors. 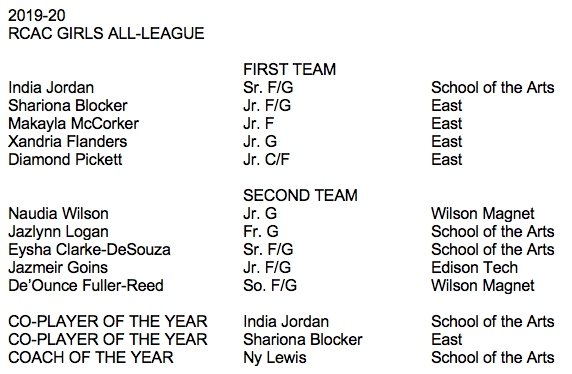