The senior was named the Player of the Year as announced by the Rochester City Athletic Conference (RCAC).

Morales compiled a .566 batting average in 17 games for the Lions. The senior also hit one home run, three triples, nine doubles, stole 18 bases, had 24 RBI and scored 25 runs. On the mound, the senior right-hander compiled a 3-2 record, 2.42 earned run average and 88 strikeouts in 43 1/3 innings. Morales hurled a no-hitter on April 23 in a 7-1 victory over Monroe. The senior right-hander threw five innings of one-run ball, allowed three walks and fanned nine batters.

Jason Cronberger (School of the Arts) was named Coach of the Year. Cronberger led the Silverhawks to an 8-4 league record, the No. 3 seed in the RCAC city championship playoffs and a title game berth. 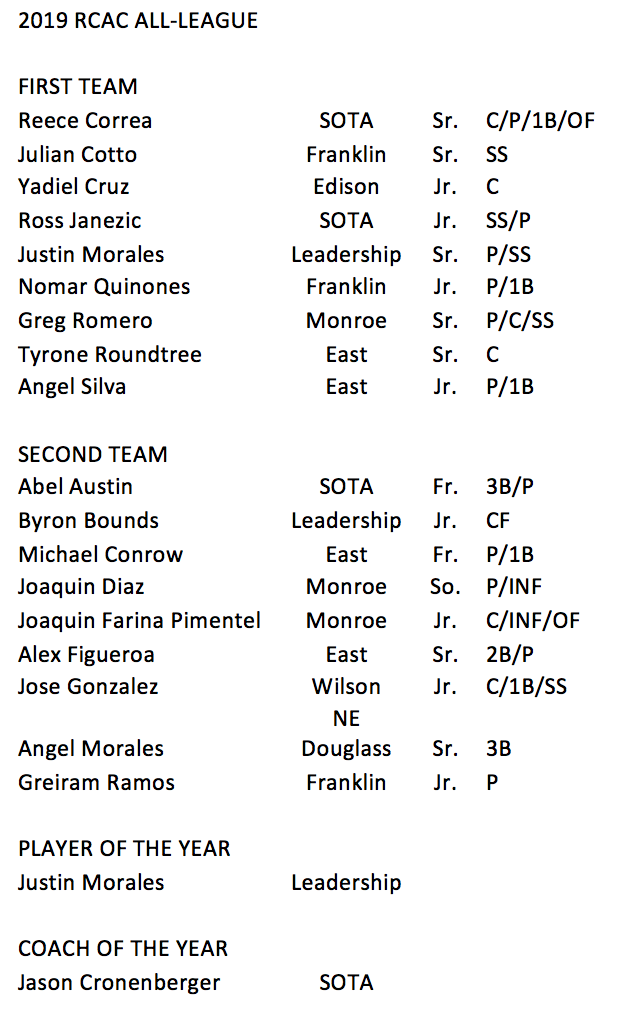