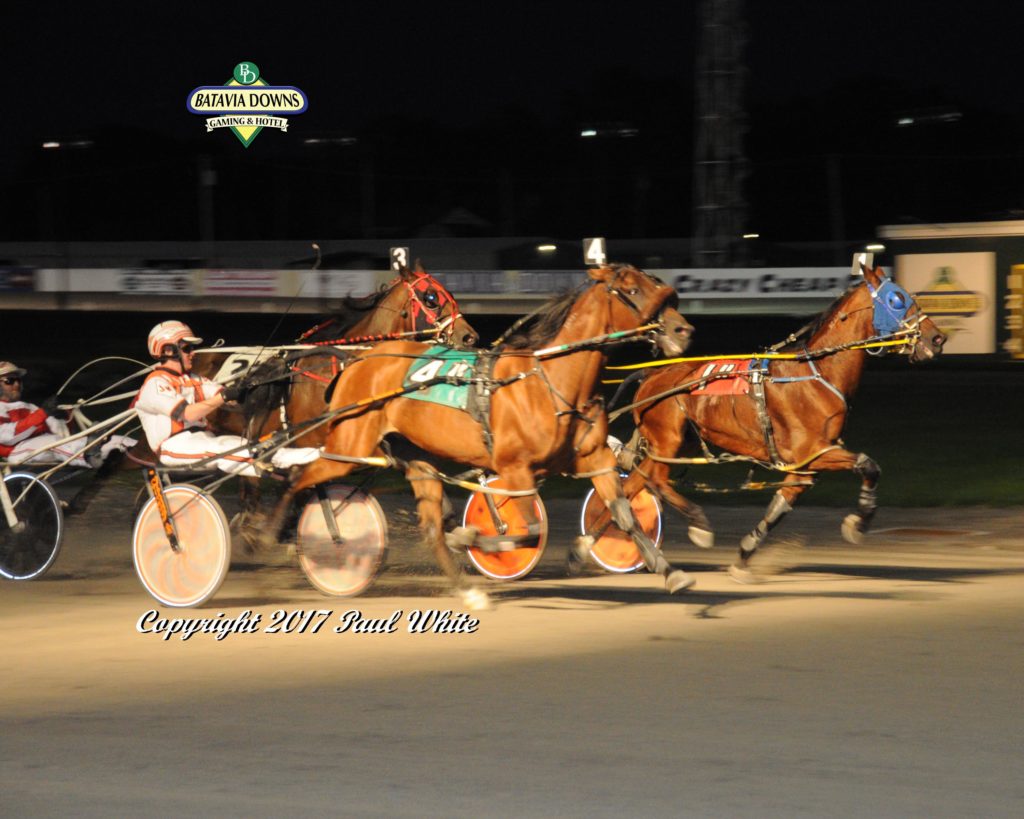 When racing returns to Batavia Downs Gaming on Monday night with the first of two consecutive stakes-jammed race programs, one noticeable fixture of the track will be missing:

The inside swath of race track that allowed horses to scoot up the inside in the stretch has been eliminated in hopes of creating more active and competitive racing.

Now a driver can’t simply sit in the pocket behind the leader and hope to make a strong rush in the stretch. The hope is also that horses in outside posts, especially No. 7 and No. 8, will have a better chance of getting involved in the race because inside horses will be forced to move earlier.

The passing lane had been a part of the Batavia track in 1989.

Yonkers Raceway took out the passing lane earlier this year and has seen move movement during races and increased wagering. Handicappers believer there is better value than simply seeing the order of placement in the first turn remain the order at the finish line.

While Batavia has said goodbye to the passing lane, fans will have a chance to say goodbye to the richest harness horse in history, Foiled Again. A three-time winner of the track’s former signature race, the Kane Memorial, Foiled Again is now 14 and faces mandatory retirement on Dec. 31.

Scott Zeron, Andy Miller, Jim Morrill Jr. and Jeff Gregory are among the top drivers in town Monday night. There are three top divisions of the NYSS, each worth $36,567.

Quincy Blue Chip, Hot Chapter and Gobi Princess figure to battle it out in the first Sire Stakes division (race 2), Safe Word, Conway Kellyanne and With Out A Doubt are the big players in the second division (race 4) and Amal Hall and Wanda Polisseni’s Winndevie will duel in the third division (race 6).

More of the sport’s notable drivers visit on Wednesday: Brett Miller, Mark MacDonald, Jim Marohn and Matt Kakaley. There are three top NYSS divisions that night; two go for $39,900 and the other has a purse of $40,600.

The seventh race features a collection of terrific 3-year-old fillies, starting with the Ed Hart-trained star Wisdom Tree. She just ran fourth in the Mistletoe Shalee at the Meadowlands on July 14 and is 3-for-4 in NYSS action.

She won’t have it easy, however, since the Burke-trained Pueblo Blue Chip and Richie Silverman-trained Newsday also drew into the division.

You can find Batavia’s Hot Picks for Monday here.

And Wednesday’s Batavia Hot Picks can be found here.