Defending A-10 Champs Dominated by Louisville

Nov. 20, 2011 LOUISVILLE, Ky. — The Xavier women’s basketball team couldn’t overcome a slow offensive start and fell 62-44 to No. 9/10 Louisville Sunday afternoon at the KFC Yum Center. With the loss, the Musketeers fell to 1-2 on the season while the Cardinals improved to 3-1 with the win. Sophomore Ashley Wanninger and led […]

STARKVILLE, Miss. – After trailing by as many as 13, the Xavier women’s basketball team battled back to within two with less than a minute to go before falling at Mississippi State, 71-65.

CINCINNATI – Head coach Amy Waugh and the 2011-12 edition of the Xavier women’s basketball team will open the regular season on Saturday, Nov. 12 as they play host to Eastern Kentucky at 2 p.m. at Cintas Center. All military personnel will be admitted free (with valid ID) in honor of Veterans Day. For ticket […]

Xavier Ready for Start of 2011 Season 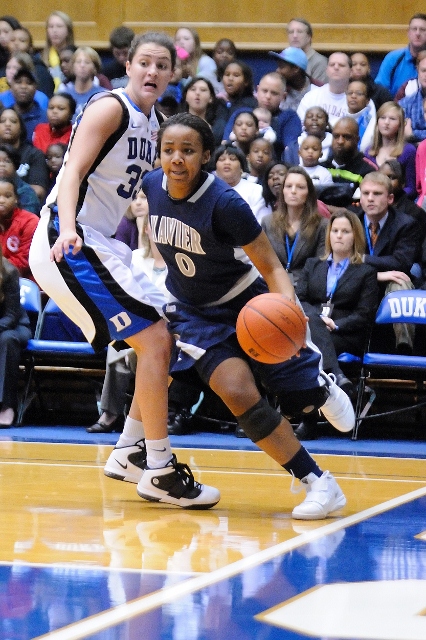 CINCINNATI – The Xavier women’s basketball team will face off against Indianapolis on Saturday at 1 p.m., its only exhibition contest of the 2011-12 season. The doors to Cintas Center will open one hour prior to tip and admission for the exhibition event is FREE. For season or single-game ticket information, contact the Xavier Athletic […]