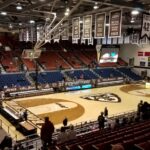 By CHUCKIE MAGGIO The St. Bonaventure men's basketball team's game against Fordham Wednesday night has been postponed, but the Bonnies appear set to return to action on Saturday against Saint Louis. While Bona's own COVID-19 issues postponed Sunday's game at Dayton, a source confirmed that the Bonnies would have been able to play Wednesday. Atlantic 10 rules require teams … END_OF_DOCUMENT_TOKEN_TO_BE_REPLACED

Courtesy of SLUBillikens.com RIVIERA MAYA, Mexico – Gibson Jimerson and Marten Linssen scored a game-high 19 points apiece, and Saint Louis held on for a 79-68 win over Stephen F. Austin to capture the 2021 Cancun Challenge Riviera Division title on Wednesday at the Hard Rock Hotel Riviera Maya. The win was the third in a row for the Billikens, who improve to 6-1 overall. SFA … END_OF_DOCUMENT_TOKEN_TO_BE_REPLACED 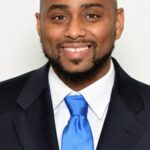 By CHUCKIE MAGGIO There was an elephant in the room to address before Chris Lowe interviewed for the St. Bonaventure men’s basketball assistant coaching vacancy. Lowe sat opposite the Bona bench during the 2019 Atlantic 10 Championship Game, then a graduate student manager on Travis Ford’s Saint Louis Billikens staff. Lowe and the Billikens celebrated punching their ticket to … END_OF_DOCUMENT_TOKEN_TO_BE_REPLACED 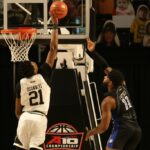 By CHUCKIE MAGGIO RICHMOND, Va. --- The day after the Atlantic 10 moved the first four rounds of its men's basketball tournament up a week, Mark Schmidt noted the eight-day layoff between Semifinal Saturday and Championship Sunday. "If we're lucky enough to be in that final game," the 14th-year coach wondered, "what do you do that week to get ready for the game?" It's a … END_OF_DOCUMENT_TOKEN_TO_BE_REPLACED