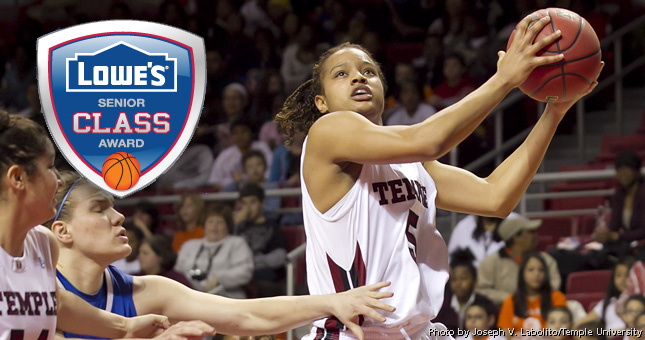 OVERLAND PARK, Kan. – Temple senior Kristen McCarthy is one of sixty NCAA men’s and women’s basketball student-athletes who excel both on and off the court and were selected as candidates today for the 2011-12 Lowe’s Senior CLASS Award. To be eligible for the award, a student-athlete must be classified as an NCAA Division I […]

Dayton and Temple were voted preseason Co-Champions of the conference, both receiving seven first place votes. Both teams will count on experience as Dayton returns four starters, and Temple welcomes back three…

CINCINNATI – The Xavier women’s basketball team will face off against Indianapolis on Saturday at 1 p.m., its only exhibition contest of the 2011-12 season. The doors to Cintas Center will open one hour prior to tip and admission for the exhibition event is FREE. For season or single-game ticket information, contact the Xavier Athletic […]