Courtesy of UMassAthletics.com AMHERST, Mass. – Led by 22 points from Chaz Williams and 17 from Terrell Vinson, the UMass men’s basketball team used a late second half run to pull past Duquesne 79-66 on Thursday night at the Mullins Center. Along with the scoring efforts, the Minutemen received 12 points from Cady Lalanne and […] 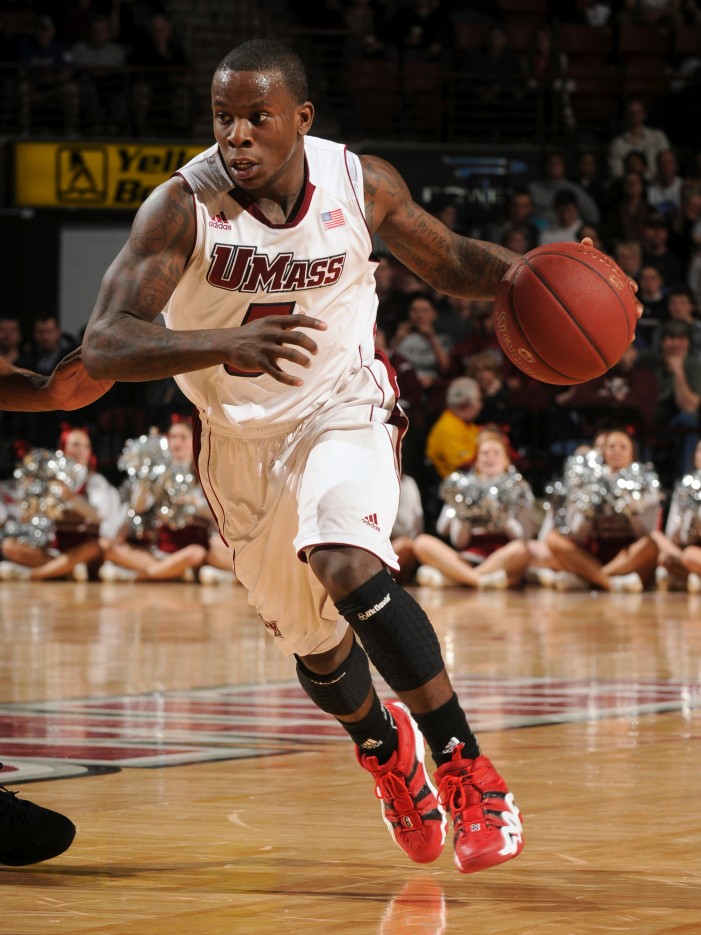 Courtesy of UMassAthletics.com AMHERST, Mass. – Behind 18 points from Freddie Riley and 13 points from Maxie Esho, the UMass basketball team cruised past Eastern Michigan 75-61 on Saturday afternoon at the Mullins Center. A strong shooting effort from behind the arc paced the Minutemen thanks in part to Riley’s 6-of-9 shooting performance. As a team, UMass (10-3) hit […]

Courtesy of UMassAthletics.com. OXFORD, Ohio – While it was the Minutemen hitting last second game-winning shots earlier this season, a missed lay-up by Miami (OH) gave the UMass basketball team a 70-69 win on Wednesday night at Millett Hall. Raphiael Putney scored a season-high 20 points, just two shy of his career high, to pace […]

Courtesy of UMassAthletics.com. AMHERST, Mass. – Jesse Morgan scored a career-high 35 points including a Mullins Center record 24 in the first half as the UMass men’s basketball team defeated Ohio 85-76 on Wednesday night. The first half performance sparked a key 23-to-1 run for the Minutemen helping them overcome a hot start for the […]

Terrell Vinson scored a career-high 22 points and Chaz Williams netted 20 points as the UMass men’s basketball team outlasted Elon 78-73 in overtime on Saturday afternoon at the Mass Mutual Center. The game was a back-and-forth affair with 11 ties and six lead changes until the Minutemen took control in the bonus period…

Jesse Morgan scored 12 of his 18 points in the final seven minutes of play as the UMass basketball team overcame a late second-half deficit to defeat Northeastern 72-66 on Tuesday evening at Matthews Arena. After Morgan’s fourth three-pointer of the game tied the game 62-62 with just over three minutes to go, the Minutemen received timely baskets from Chaz Williams and Sampson Carter before hitting six consecutive free throws to seal the win.

Four Miami players scored in double figures to lead the Hurricanes past the UMass basketball team 75-62 on Saturday afternoon in the Mullins Center. The Minutemen were led by Terrell Vinson’s 14 points and 11 rebounds along with Chas Williams’ 11 points and 10 assists. UMass struggled from the floor hitting just 18-of-63 shots, while Miami hit 25-of-52 shots. 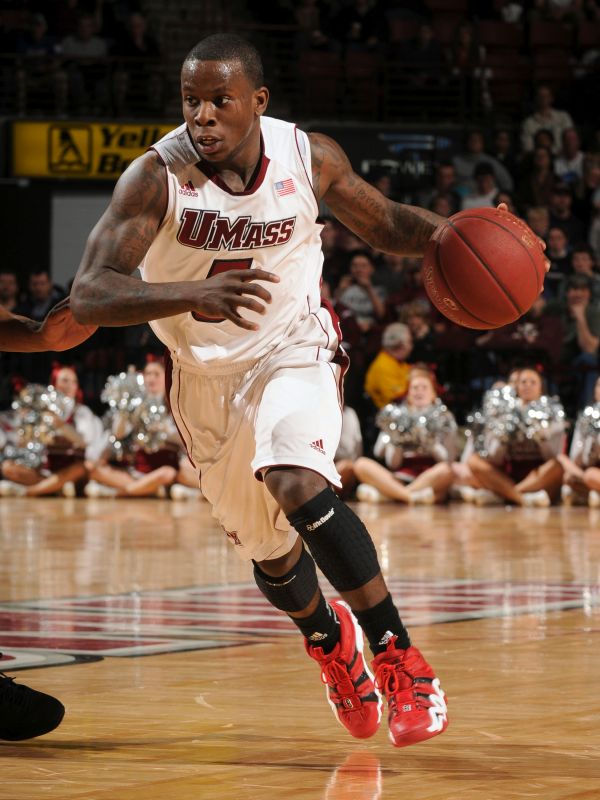 Chaz Williams’ 1,014th career point came with 3.3 seconds to go in the game and proved the biggest of the night as it clinched a 64-63 win for the UMass men’s basketball team at Siena on Wednesday at the Times Union Center. Williams finished with a game-high 23 points and was instrumental in a second half 18-4 run which erased a 10-point halftime deficit.