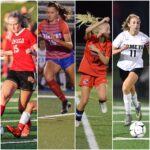 Section V Girls’ Soccer Class AA heads to Webster Schroeder for its Final Four. All top four seeds remain. Here’s the breakdown: No. 1 seed PENFIELD PATRIOTS (15-1-0/Monroe County Division I) vs. No. 4 seed HILTON CADETS (6-10-1/Monroe County Division I) How they got here: Penfield (No. 5 NYSSWA Class AA) earned a bye in the first round. Hilton defeated Victor to open … END_OF_DOCUMENT_TOKEN_TO_BE_REPLACED 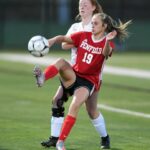 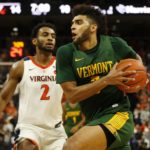 By JOHN LIKANJE Anthony Lamb's professional basketball journey, which hopefully ends with him on an NBA roster sometime this regular season, took an unexpected turn, Thursday. The 6-foot-6 forward has spent the past two weeks in the NBA G League bubble in Orlando with the Canton Charge. Thursday morning at around 10:30 a.m., Lamb was traded to the Rio Grande Valley Vipers. … END_OF_DOCUMENT_TOKEN_TO_BE_REPLACED 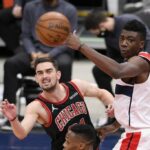 By JOHN LIKANJE The Washington Wizards entered Tuesday night losers of their first three games. Therefore, it was expected for them to come out of the gates with the determination and motivation to notch their first victory of the season over a winless Chicago Bulls squad. Thomas Bryant brought energy of his own, scoring seven of his 13 points in the opening six minutes. The … END_OF_DOCUMENT_TOKEN_TO_BE_REPLACED 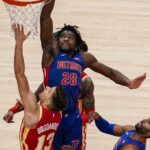 By JOHN LIKANJE Section V alum Isaiah Stewart (McQuaid/Washington), who was drafted by the Detroit Pistons on November 18th, made his official NBA debut for the franchise, Monday night. With the absences of Blake Griffin (rest) and Jahlil Okafor (right ankle sprain), the team was thin at both the power forward and center positions. This meant an opportunity for Stewart to be … END_OF_DOCUMENT_TOKEN_TO_BE_REPLACED