Search Results for: our lady of mercy 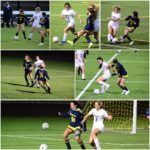 Spencerport and Our Lady of Mercy are both seeking an eighth sectional title in program history. The Lady Rangers and Monarchs will meet Thursday to decide the 2020 Section V Class A Girls’ Soccer Championship. Here’s the breakdown: No. 1 seed SPENCERPORT LADY RANGERS (14-0-0/Monroe County Division II) vs. No. 7 seed OUR LADY OF MERCY MONARCHS (8-3-0/Private-Parochial Division … END_OF_DOCUMENT_TOKEN_TO_BE_REPLACED 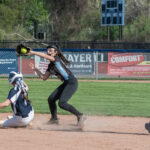 By PAUL GOTHAM ROCHESTER, N.Y. - A two-out hit barely eluded the outstretched glove of Our Lady of Mercy shortstop Jaidan Odorisi. Two runs scored on the play, and Mercy's lead was trimmed to one. Monarchs starter Ava Verdi made sure that threat ended and none existed for the remainder of the contest. Ava Verdi struck out five in a five-inning shortened game as host Mercy … END_OF_DOCUMENT_TOKEN_TO_BE_REPLACED 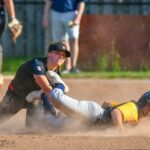 WAYNE 8 GREECE ATHENA/ODYSSEY/OLYMPIA 6 Emma Grasso and Olivia Huber connected on two hits and scored two runs apiece to lead Wayne. Kayda Schmitt went 2-for-4 with a double and an RBI for the Eagles. Sara Smith and Cameron Crawford both singled and drove in a run. Smith also ame around to cross home. Crawford allowed six runs on six hits and six walks to pick up the win. … END_OF_DOCUMENT_TOKEN_TO_BE_REPLACED 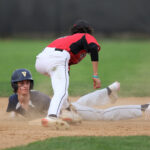 BASEBALL HILTON (8-2) 5 VICTOR (4-7) 1 Preston Prince scattered four hits and two walks over five shutout innings as Hilton defeated Victor for the second time in three days. The senior left-hander struck out nine and did not allow a runner past second through the first four innings for his second win of the season. Carter Clark paced the offense going 2-for-3 on the day. The … END_OF_DOCUMENT_TOKEN_TO_BE_REPLACED 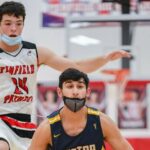 BOYS EDISON (13-5) 74 EAST (11-3) 76 Damani Barley scored six points while Shamir Caruthers and Kai McCullough connected on a 3-pointer apiece to fuel a decisive 18-3 run as the East High boys' basketball rallied to win its third straight game.   Trailing 56-48 late in the third quarter, McCullough sparked the comeback with his third triple of the contest. Barley converted one … END_OF_DOCUMENT_TOKEN_TO_BE_REPLACED