WILKES-BARRE, PA) – Five different goal-scorers found the back of the net, but it was the performance of goaltender Ukko-Pekka Luukkonen, who was nearly perfect in stopping all but one of the season-high 42 shots he faced to backstop the Rochester Americans (6-3-0-0) to a decisive 5-1 win over the Wilkes-Barre/Scranton Penguins (5-5-0-1) Wednesday at Mohegan Sun Arena at Casey Plaza.

With the victory, Rochester has won six of its last eight games to remain in second place in the AHL’s North Division standings and are now 6-0-0-0 in the last six meetings against Wilkes-Barre/Scranton dating back to the 2017-18 campaign, outscoring the Penguins 31-12 over that span. Rochester also improved to 4-2-0-0 on the road this season, with the team’s four road wins tying for most in the AHL.

Rookie forward Jack Quinn, who has been held scoreless just twice through his first nine games, notched his team-leading seventh goal of the season. Dating back to last season, the Ottawa, Ontario, native has totaled 16 points (7+9) in his last 12 games. Mark Jankowski, Ryan MacInnis and Matej Pekar all added their second tallies of the campaign while Brett Murray capped off the win with his first since being reassigned to Rochester from the Buffalo Sabres this past weekend.

Luukkonen (3-3-0) evened his record on the season as he stopped 41 of the 42 shots he faced in his sixth appearance of the season. With three wins on the season, the Finnish netminder is tied for 11th in the league and 14th in saves (157).

First-year winger and former first-round selection (21st overall) Sam Poulin netted his third of the season for Wilkes-Barre/Scranton during the second period. With the loss, the Penguins have gone winless in their last four outings after starting the campaign 5-1-0-1. Rookie netminder Filip Lindberg (4-2-0) suffered his second consecutive defeat as he made 27 saves.

During an early first-period Rochester penalty kill, MacInnis intercepted the puck inside the Amerks zone and centered a pass to Jankowski near the center ice. As Jankowski reached the top of the goal crease, he was hauled down and was awarded a penalty shot just 2:01 into the contest.

On the ensuing penalty shot, Jankowski, who spent last season with the Pittsburgh Penguins, entered with speed and faked a shot on the forehand before slipping a backhanded shot past the right leg of Lindgren, giving Rochester an early 1-0 lead. 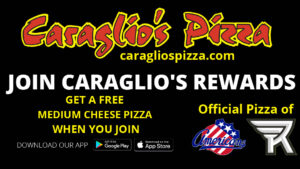 The penalty shot conversion was Rochester’s first on the road since Curtis Lazar beat Maxime Lagace of the Providence Bruins on October 13, 2019.

The goal was the only tally in the opening 20 minutes of play despite the teams combining for 25 shots and eight penalty minutes.

Less than six minutes into the second frame, Rochester capitalized on a Wilkes-Barre/Scranton tripping infraction to double its lead.

While the Amerks were on the man-advantage, Oskari Laaksonen pushed the puck from atop the point to the right face-off dot where newcomer Peyton Krebs was positioned. With no shot lane, the newly acquired Krebs sent a cross-crease pass to Quinn at the far circle. As the puck reached his stick, Quinn fired it inside the near post at the 6:08 mark for his team-leading seventh goal of the season.

Just 1:24 following Quinn’s tally from Krebs and Laaksonen, Casey Fitzgerald sent an outlet pass to Sean Malone in the neutral zone. Prior to entering the offensive zone, Malone handed the puck to MacInnis as he skated down the left wing. MacInnis carried the puck towards Lindberg and attempted to center a pass back to Malone but the puck caromed off a Penguins skater and in-behind the netminder to increase the lead to 3-0.

Two minutes later, Wilkes-Barre/Scranton cut into the deficit as Poulin and Jordy Bellerive exchanged passes behind Luukkonen and Poulin tucked the puck inside the skate of the Finnish netminder for the Penguins’ only tally of the night.

As it appeared Rochester was going to intermission break ahead 3-1, Pekar added his second marker of the campaign with 1:25 left in the middle frame to stretch the lead from Mason Jobst and Mattias Samuelsson.

The Amerks rounded out the scoring on the night with their second power-play marker of the game midway through the third period and seventh in the last six games.

On the man-advantage, JJ Peterka and former Penguin Ethan Prow connected on passes inside the Wilkes-Barre/Scranton blueline before Prow wristed the puck towards the net. Before the shot reached Lindberg, Murray redirected it past the goaltender for his first tally of the season with just over 10 minutes left in regulation.

The Penguins forced the Amerks to take a two more penalties, but much like the previous four, Luukkonen and the penalty kill team successfully killed off the infractions to preserve the 5-1 victory.

The Amerks open a four-game homestand on Friday, Nov. 12 in the first of back-to-back meetings with the Cleveland Monsters at The Blue Cross Arena. Game time is slated for a 7:05 p.m. start and will be carried live on The Sports Leader 95.7 FM/950 AM ESPN Rochester as well as AHLTV.