ROCHESTER, NY – The RIT men’s hockey team unveiled its 2019-20 season schedule on Tuesday, June 11. The Tigers will play 36 regular season games and one exhibition contest. RIT will play 16 regular season and an exhibition game at the Gene Polisseni Center, along with one contest at Blue Cross Arena in downtown Rochester in addition to two neutral site contests and 17 away games.

The Ice Breaker Tournament, the traditional start to the college ice hockey season, annually brings together four of the nation’s top teams from four different conferences. The event is sponsored by the Hockey Commissioners Association and managed by College Hockey Inc. and began in 1997.

“Going to Colgate and the Ice Breaker Tournament is a really exciting way to start the year,” said Wilson, who begins his 21st season at RIT in 2019-20. “The Ice Breaker gives us a chance to win something early in the year. Playing good teams in Bowling Green and either Ohio State or Western Michigan in front of great crowds in Toledo is a great challenge. We will have to be ready to go right away”

The Tigers will host Merrimack University at Blue Cross Arena during Brick City Homecoming & Family Weekend on Saturday, Oct. 20, at 7:05 p.m. It is the 13th straight year RIT will play downtown during its annual homecoming weekend. RIT has drawn sellout crowds of 10,556 fans eight times at Blue Cross Arena, making it one of the most sought-after tickets in Rochester. 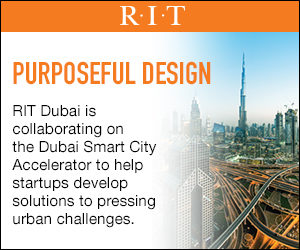 “Playing downtown at Blue Cross Arena is always one of the highlights of the year,” said Wilson, who has led the Tigers to a 6-0-3 record in their last nine games downtown, dating back to 2015. “Merrimack is a team on the upswing and will be a great way to prepare us for league play.”

RIT will wrap up its non-conference schedule with a pair of home games against UMass Lowell of Hockey East on Jan. 10-11 before heading out to Tempe, Arizona to take on 2019 NCAA Tournament participant Arizona State University the following weekend. It will be farthest trip that RIT has embarked on in its storied history.

“We played two really good one-goal games against Lowell last season and expect them to be really strong again this season,” said Wilson. “Arizona State has come a long way and will not be sneaking up on anyone after making the NCAA Tournament last season.”

The Tigers open league play two time zones away in Colorado to take on Air Force on Oct. 24-25. It begins a stretch of 14 straight league games to wrap up the opening semester, with seven on home ice.

RIT plays its first home games of the 2019-20 season against Holy Cross on Nov. 1-2 and take on Niagara in a home-and-home series the weekend after, with a home game on Nov. 8. Sacred Heart is in for its only two contests against RIT on Nov. 15-16. The two teams met 12 times over the last two years. RIT ends November with back-to-back road trips at Army West Point on Nov. 22-23 and defending league champion American International Nov. 29-30. RIT returns home to host Mercyhurst in the final two games of the fall semester on Dec. 6-7.

After the holiday break, RIT hosts Guelph University of Canada in an exhibition contest on Dec. 29 before ringing in 2020 with a home-and-home series against Canisius. The Tigers host the Golden Griffins on Jan. 3 and make the quick trip to Buffalo for a game the following night. After four non-conference games over the next two weeks, RIT and Canisius will once again meet for a home-and-home on Feb. 24-25, first in Buffalo and then from the Polisseni Center.

RIT will play four Saturday matinee home contests this season against Holy Cross on Nov. 2, Sacred Heart on Nov. 16, UMass Lowell on Jan. 11 and Bentley, Feb. 15. All four contests will begin at 5:05 p.m.

“We really like how our schedule has come together,” said Wilson, who recently signed a six-year contract extension that will keep him at RIT through the 2024-25 season. “The six October games are really tough right out of the gate and then we come home for seven of 12 league games before the break. Having Guelph out of the break will prepare us for the second half of the season. It will be nice to be home for five of the final six games, as we get ready for the postseason.”

The Atlantic Hockey playoffs begin with a best-of-three series for the sixth through 11th place finishers from March 6-8. The top five teams get a first round bye. Quarterfinal action will be held at the top four sites from March 13-15. The Atlantic Hockey Tournament Semifinals and Championship will be held on March 20-21 at Harborcenter in Buffalo for the second straight season.

RIT will look to earn its third league title in sixth seasons and fourth berth in the NCAA Tournament as a Division I program. The 2020 NCAA Division I Tournament begins on March 27 and ends with the Frozen Four on April 9 and April 11 at the Little Caesars Arena in Detroit. RIT made the Frozen Four the last time it was held in Detroit, during the 2009-10 season.

Season and single game ticket information will be released in the near future at www.ritathletics.com and www.rittickets.com. Season ticket package renewals begin July 8, while new season ticket sales start for the RIT community July 22 and general public on July 26. Single game, flex pack, and group tickets will go sale on Aug. 12. For more information, contact the Gene Polisseni Center box office at 585-475-2516 or visit www.rittickets.com.